Starting a Homestead From Scratch 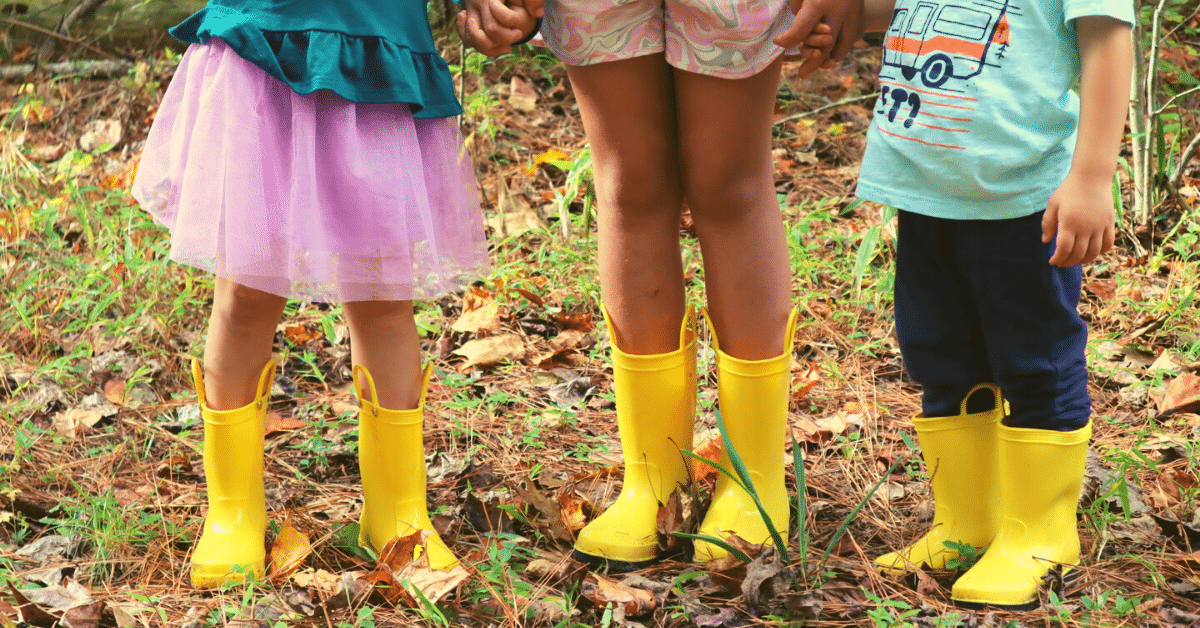 Once upon a time, in a land far far away ninety minutes away, there was a girl who had no interest whatsoever in starting a homestead from scratch. In fact, this girl was more interested in collecting name brand heels and expensive jewelry. It was a land where all things Michael Kors held a special place in her heart and closet.

She paid $250 every six weeks to dye her hair platinum and keep the cut fresh. She spent every waking hour building an online business which revolved around her image. And she believed it was not only okay, but commendable, to admit that she had very little interest in being the wife and mother she just happened to be.

Beginner homesteader she was not.

Selfish, conceited, and wildly interested in stroking her ego she most definitely was.

Should I start a homestead?

It should be no surprise to find out that that girl was me. If, at that point in time, I had told anyone that I would be interested in starting a homestead… well… let’s just say no one had much faith in my ability to cook dinner much less to grow it; It would not have gone over well.

I’m not trying to over sensationalize the transformation between who I was and am today, but y’all, we ate out almost every night of the week. I mean every. single. night.

My business was built around the concept that I disliked all things homemaking, the dreaded 3 c’s: cooking, cleaning, and crafting. And it was successful enough to provide a way to pay others to do those things which I despised.

Messy mom was a term I dubbed to describe moms who didn’t love momming, moms like me, who would rather be posting online about how moms should feel completely okay and justified preferring to post online over all other “homemaking” duties.

And I once declared that Jesus Himself would have to come down from Heaven and tell me to homeschool before I would even consider giving up my coveted 8 hours of alone time a day.

Starting a homestead was the last thing on my mind.

I almost didn’t write this post because I know next to nothing about homesteading. Right now, our homestead consists of 4 chickens, a cat and a dog, and many many visions to grow. My library about homesteading is growing far faster than the homestead, itself, and dreams and future plans are not in short supply ’round here.

Our family lives on 5 acres of land, 1 of which is the deck I insisted my husband build almost the instant we moved in. I’m kidding, mostly.

I homeschool one kiddo, my sweet little guinea pig homeschooler, who has stuck with me through boxed curriculums, mid-year curriculum changes, and no real curriculum at all.

I call myself a homemaker more than I refer to myself as a stay at home mom, now, which implies that I am intentional about cultivating a home atmosphere that most assuredly involves cooking, cleaning, and, despite my total lack of ability, crafting at least some of the time.

That we even have a family homestead is a pretty big deal and the irony is not lost on me.

Back when I was in the MLM online business building world, we had a term we referred to often: failing forward.

That meant, basically, that you ought to try even when you’re not sure, and even when you fail you will have learned something to put you a little further ahead on your path.

There is no space for analysis paralysis in the homesteading journey, which does not bode well for me because I happen to excel at procrastination and excessive perfectionism tendencies.

These attributes do not a successful homesteader make.

But I wouldn’t exactly call myself a successful homesteader, anyways. I’m a total newbie. A beginner homesteader at best. Completely clueless.

Now aren’t you glad you landed here when searching for beginner homesteading tips?

Here’s the thing, though. Sometimes, when you’re just starting out, watching someone who’s been at it for years and decades can be a little bit overwhelming. In this arena? Extremely overwhelming.

There are just so many things to learn, so many ways to branch out, so many skills to hone!

Watching someone who does it all, and then blogs about with perfectly edited pictures thank you very much, can sometimes make the watcher feel like there’s no point in doing anything but watching.

That is valuable information to document!

I don’t have a checklist for starting a homestead from scratch.

I don’t have a checklist but I do have a lot of ideas. I do sort of kind of know which direction our family homestead is heading. And I do have a master list of master plans in the making.

There is no checklist for starting. Not in my opinion. There is just doing.

Homesteading is just a lot of doing.

Doing instead of buying.

Doing instead of paying.

Doing instead of letting others do for you.

What do you need to start a homestead?

In my humble, beginner homesteader opinion, you just need the determination to make it happen. Not land. Not animals. Not a beautiful yard of perfectly spaced galvanized tin raised garden beds.

I follow blogs like Farmhouse on Boone and Old Fashioned On Purpose and I think “man, there’s just no way I can ever be that person.”

But, guys, I held a chicken while my husband cut off half of its infected comb.

So maybe, someday, I will be that person.

Maybe, slightly, I sort of already am.

In some ways, perhaps this post is the introduction of a new category on the blog. My homemaking studies have really transformed the way I run my household and, really, how I think about it.

They’ve also put me on the fast track to longing to create a sustainable homestead in the next few years.

These concepts are not interchangeable, but I’m finding that they go hand in hand. If you’re growing in your homemaking role, you may find yourself longing to not just cook from scratch but grow the foods you’re using in your from scratch recipes.

You may find that you don’t just want organic free range eggs, you want to collect them fresh daily.

Or, maybe you’ll find yourself folding clothes straight out of the dryer, wishing you were standing in the breeze with a baby at your feet, ala Little House On the Prairie style.

For me? I just wanted to alter the trajectory of my family’s lifestyle. By the grace of God I recognized that it would have to start with me. I quit my business. I encouraged my husband to buy some land. And I consistently fed the ever growing passion to do things differently… a resistant mom turned homemaker starting a homestead from scratch!

Have you ever wanted to start a homestead from scratch?

Taking steps to a more natural lifestyle can feel daunting and overwhelming, especially if you …